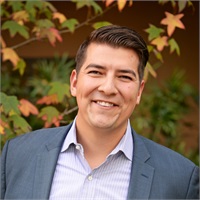 Billy Combs was born locally in Oceanside, CA. However, over the next 20 years he would find himself living in Tennessee, Montana, Northern California, Las Vegas and Paris, France before eventually returning to San Diego. It was here in San Diego that Billy received his Bachelor’s Degree in Business Marketing from the University of San Diego (USD).

Billy first attended college at the University of Nevada, Las Vegas as a pre-medical student with a minor in music. He found the massive lecture halls and desert atmosphere of Las Vegas were not conducive to his learning and decided to make a change in his educational career. Billy was looking for a more personal, genuine and effective way of learning, which caused him to set his eyes on the University of San Diego. It was here that he decided to take advantage of the blossoming business school of USD by changing his major to business marketing.

After graduating in 2013, Billy spent a month abroad living in Paris and studying existential philosophy. He returned to San Diego that summer, determined to pursue a career in the financial services industry. After a series of interviews with various other firms, Billy considers himself fortunate to have been accepted into one of the fastest growing financial service firms in the United States. It wasn’t the incredible growth that lured him to WestPac Wealth Partners but it was the culture, the uncommon philosophy and the holistic approach to financial planning.

Being new to the business can be challenging, but Billy has received and will continue to receive unrivaled training and mentorship from some of the top financial professionals in the entire industry. The team that has been built at WestPac Wealth Partners played a major role in Billy’s decision to work here and has inspired him to follow his mentorship and to help build a firm that has a passion for proper financial services.