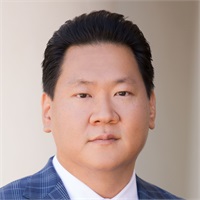 Immigrating to the United States at a young age, Phil had to learn the art of adaptation quickly as his family moved to six different states before the age of 12. He has been able to transition his early hardships into his professional career as he has climbed the ranks of multiple Fortune 500 mutual companies.

A bronze award recipient as a rookie at Northwestern Mutual, Phil quickly found himself specializing his practice towards immigrant small business owners, clients he could relate and sympathize with in both Orange and Los Angeles counties. He understood that these small business owners were in search of the “American Dream”, a concept that his own family immigrated for. With a passion to teach and impact others, Phil decided to accept the position as Managing Director of Mass Mutual with the vision of growing a team of like-minded advisers who shared common goals. As Managing Director, Phil qualified for Management Summit every year, a conference recognizing only the top managers nationwide. Phil joined WestPac Wealth Partners as Managing Partner in 2013. Since his time with WestPac, Phil has successfully opened numerous offices that span from Orange County, Los Angeles County, Central California, and the San Francisco Bay Area.

Phil has always been a sports enthusiast, playing tennis, golf, basketball, as well as being a double gold medalist in the Junior Olympics for Tae Kwon Do. Phil is an advocate and financial sponsor of medical missions in Central/South America and Mozambique, Africa where his father, a successful orthopaedic surgeon, has established numerous schools and churches the past 25+ years. Phil aspires to continue the medical aid to the villages as well as further education and religious opportunities that his father has established. Phil is married to his beautiful wife Katie. Together, they have 2 wonderful sons, Elijah and Isaiah, who light up their lives each and every day.