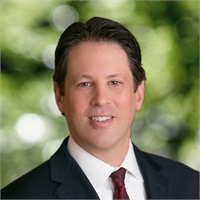 Michael started in the financial services industry in 1996 and has a long list of successful endeavors to his credit.

Starting at Merrill Lynch as a financial advisor, he created financial plans for his clients primarily focused on growth and capital appreciation.

Michael then launched his own life settlement brokerage.  Here he successfully helped seniors sell their life insurance policies they no longer wanted, needed or could afford to institutional buyers for more than the policies’ value.

In 2005, he joined The Hartford Life Insurance Company as an annuity wholesaler.  While at Hartford, Michael was in the Top 5 of new wholesalers for total sales and during his tenure at Hartford was responsible for raising over $400 million in sales.

In 2009, Michael joined Guardian Life Insurance Company also as an annuity wholesaler.  Again, his expertise and impressive efforts led to great recognition. In 2014, Guardian promoted Michael to sales manager of both annuities and 401K sales.

In 2018, WestPac Wealth Partners recruited Michael to complement their team, where his experience will allow him to work more closely and directly with clients to help them make smart investment decisions to protect their assets, invest wisely with effective and sophisticated methods, and achieve their lifestyle goals.

Michael played basketball and was team captain at Ithaca College.  During his senior season Michael earned honorable mention All-America status.  He enjoys golfing, running and “doing something hard every day”.  Last year he ran a 50-mile ultra-marathon. His accomplishment raised $25,000 for Feeding America.

He lives in Encino with his wife, Samantha and their two daughters, Josselyn and Hillary, and their new puppy, Emmitt.