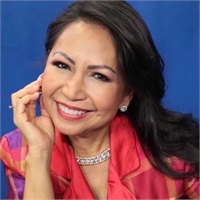 Joni's 'purpose' for working in the financial sector is heartfelt and goes a long way to explaining her high level of success in the financial and insurance industry. After two devastating events took the life of her older sister Lu, and 16-year-old nephew Joni learned the perils of not having financial protection to buffer life's unexpected events. These fatal experiences changed Joni’s life and after nearly 20 years of nursing and professional beauty consultant she decided to pursue a new career in the financial field to protect her family and friends from unforeseen events.

Joni started her career with Guardian Life Insurance Company of America in 1999. Her passion, commitment and dedication helped her achieve the Rookie of the year award and the Million Dollar Round Table. After only one year in her new career, Joni was promoted as Career Development Supervisor and Sales Manager overseeing over 35 financial representatives. She has earned multiple awards and recognitions including Leader's Club, Centurion Club, Million Dollar Round Table, and Presidential Citation awards. In 2014, Joni joined WestPac Wealth Partners as a Managing Director to expand her knowledge and expertise in the financial industry. Joni was born and raised in the Philippines. The lack of amenities such as running water and electricity motivated her to one day rise above her humble beginnings. Joni arrived in Hawaii with her family when she was 14 years old to find her American Dream.

Joni is known for her high level of community service, positive attitude, energy, and networking skills. She volunteered and served with numerous non-profit organizations and is the CEO and Founder of FAMES Hawaii*, a 501(c)3 non-profit organization for Entrepreneurs and Business Owners young and adult, also has awarded over $500,000 in scholarships for deserving students. Joni received numerous awards, including the U.S. SBA Business Champion Leader of the Year Award in May 2014. She is also passionate about mentoring and coaching young women who are preparing for beauty pageants for Miss Hawaii America* then move on to Miss America Scholarship Pageants which is the largest scholarship pageant in the world. She herself was crowned Mrs. Hawaii United States in 2002.

Joni loves being with her beautiful children Jason and Jessica, three young grandchildren and supportive husband Tom, a Senior Aviation Engineer. In her free time, she enjoys walking at the beach, dancing, going to the movies and working out at Unyqe Fitness. Joni is the author of three books: “Million Dollar Attitude” 1st & 2nd Edition and newly published “It’s All About Attitude… Still Sexy at Sixty”. Recently Joni has been selected as the 2020 Who’s Who of American Women and 2021 Who’s Who in America. Joni's favorite saying is "Believe and Achieve; With a Million Dollar Attitude, anything is possible; Positive Attitude + Positive Action = Positive Result."

*Guardian and its subsidiaries do not endorse or have any direct or indirect responsibility with respect to FAMES Hawaii, Miss Hawaii America and Miss America.