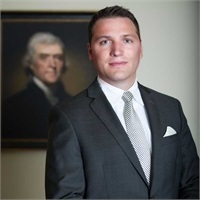 A Montana native, Jesse grew up in Libby and went to two years of school at the University of Montana before transferring and finishing his degree at Bismarck State College in North Dakota. Jesse's obtained his degree in Stationary Engineering related to energy generation and distribution, however Jesse quickly realized that his true passion was investing when he began doing day trading on his own.

As Jesse began in the financial services business, he quickly developed a passion for assisting the teachers of Montana with understanding and maximizing their very complicated pension plans. As Jesse’s career progressed, he began working with business owners and individuals in a wide range of services from tax efficiency to business succession planning.

In 2017 Jesse was elected to Missoula’s city council to represent Ward 4. During his tenure on his first term Jesse is working for lower property taxes, less debt, and more financial efficiency. Jesse currently sits on the Administration and Finance, Budget, Parks and Conservation, Public Safety and Health, and Public Works committees. *Guardian and its subsidiaries do not endorse or have any direct or indirect responsibility with respect to Missoula’s city councilman position of Jesse Ramos.

Over his career Jesse has written several articles for a retirement magazine Montana55 on topics ranging from downsizing in retirement to taking your pension. In addition, Jesse frequently appears as a commentator and guest on Local, state, and national radio and television to discuss issues of taxation and individual liberty.

Jesse loves the outdoors and enjoys golfing in the summer, snowboarding in the winter, visiting his family in Libby and spending time with his girlfriend Taylor.