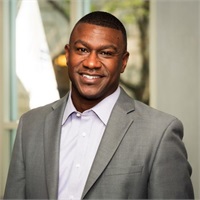 Cory is a California native, growing up in the San Francisco Bay Area. After high school, he sought out the warmer climes of Southern California and attended San Diego State University. He quickly dove into campus service, becoming President of his residence hall and serving as Residence Hall Association Executive Vice President. He also served on the Board of Directors for Aztec Shops.

His position as Executive VP lit his fire for finance. He went to work for Bank of America as a teller before being promoted to a Sales position. He also worked with Wells Fargo’s Auto Lending department then moved on to mortgage lending. For 5 years, he helped families achieve their goals of home ownership. He felt a sense of pride for the assistance he provided, but he felt there was more he could do to make himself more valuable to his clients.

Cory began working with MetLife’s Financial Planning Division in 2006. He found that comprehensive planning was his true passion; it allowed him to build client relationships by helping people meet not only their immediate goals but setting them up for financial independence throughout their entire lives. Cory has also worked with Merrill Lynch’s Edge division, meeting with clients daily to help them understand the importance of planning for the future.

Working with WestPac has allowed Cory to return to Comprehensive Financial Advice. He believes that there is more than one way to achieve an objective, and he enjoys working side-by-side with his clients to help them reach (and surpass) those objectives.

When Cory is not in a suit, he is an avid sports fan. Baseball is Cory’s first sports love. That love landed him a position with the San Diego Padres on the Pad Squad. He can also often be found playing flag football, softball, kickball, and dodgeball. Yes, dodgeball! Cory and several friends owned a local dodgeball league in San Diego for 5 years and he also played dodgeball professionally for the National Dodgeball League from 2006 to 2012. His involvement in the sport has had great impact on his personal life: for a number of years, Cory has volunteered with the San Diego After School All-Stars (an organization devoted to promoting physical activity, social skills and teamwork to children and teens), offering his services to run their annual charity dodgeball tournament. He also met his wife, Carrie through a dodgeball league. They were married in 2014 and enjoy traveling as well as watching and playing their favorite sports together.