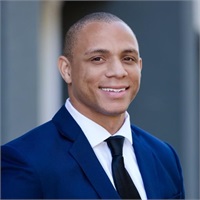 Chris was born in Cleveland, Ohio but spent most of his childhood in southwest Florida. He received an appointment and scholarship to play football at the United States Naval Academy, where he earned a bachelor’s degree in Oceanography. After graduating in 2015, he entered the Navy as a Surface Warfare Officer and completed tours in Hawaii and San Diego. In the tail end of his six-and-a-half-year Naval career, he obtained his MBA from Quinnipiac University.

While in the Navy, Chris found that most of his enjoyment came from watching the growth of his sailors, helping them, and doing his best to put them in positions to succeed. Metaphorically speaking, he was enamored with the shift of being an athlete his whole life to being in the position of a coach. The desire to impact lives on a bigger scale was what made him want to seek a new career, and WestPac was what made him commit to the change.  At WestPac, he found that he had all the support needed to equip clients with the tools and knowledge to be financially successful and he could be with them every step of the way.

When he’s not serving his clients, he can be found in one of four places: with his beautiful fiancé Vannida and their two dogs, at the gym, playing video games with his friends, or in front of the TV on an emotional roller coaster tied to Cleveland sports