Nash Subotic’s journey began in war-torn Bosnia. It’s where he first learned to go “all in.”

“You look at the world differently,” he says. “Tomorrow could be your last day on earth. So you want to make an impact on the world — and in business.”

Next came the challenges of fleeing to the United States, learning a new language, going to college, and completing his MBA. But his fierce competitiveness and leadership on the basketball court, and then, later, in business, all set the stage for a successful life and career as WestPac Wealth Partners’ founder and CEO.

California Business Journal highlighted Nash's story in a recent issue. But his proudest accomplishments are those of his team. That’s what makes WestPac unique. Subotic has created an office full of entrepreneurs who are each working to shape and create their own destinies. He isn’t "the boss." Instead, he is our coach.

We've long been the beneficiaries of his hard-earned wisdom.

“In the business world," Nash explains, "I’m ‘all in’ because the worst-case scenario is only a matter of perspective. As long as you’re alive, there’s always the opportunity that tomorrow will be a better day.”

Congratulations, Nash. We're lucky to have you. 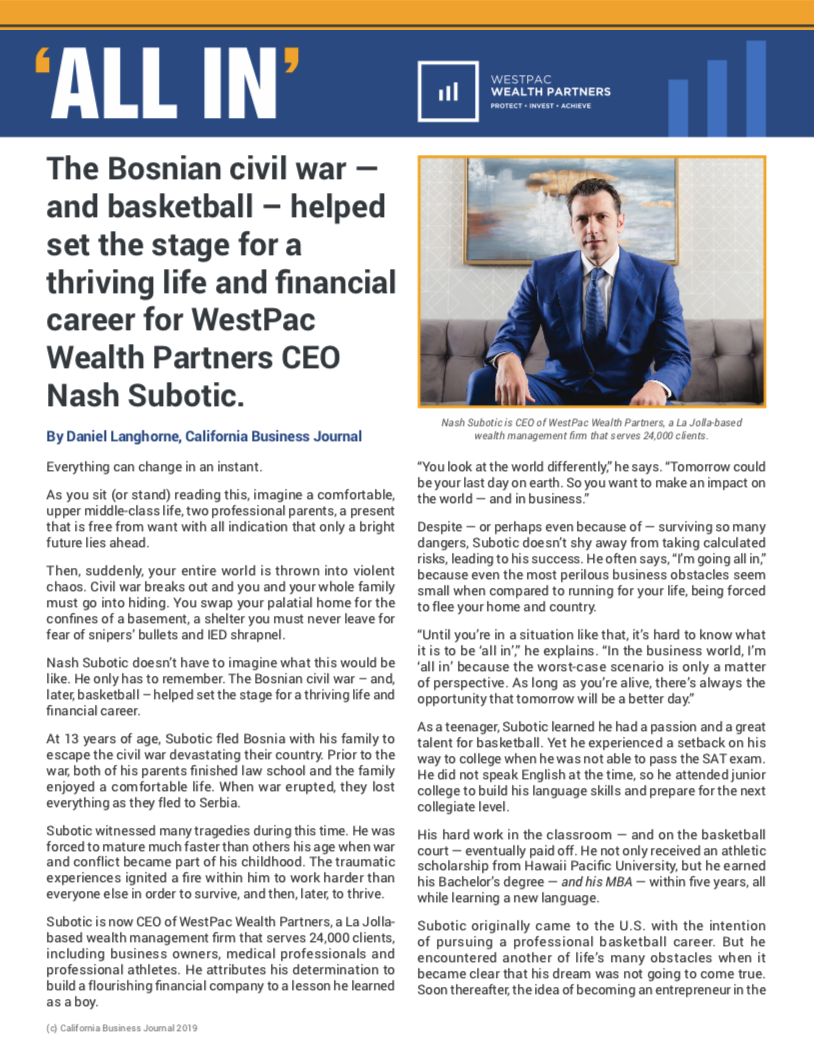 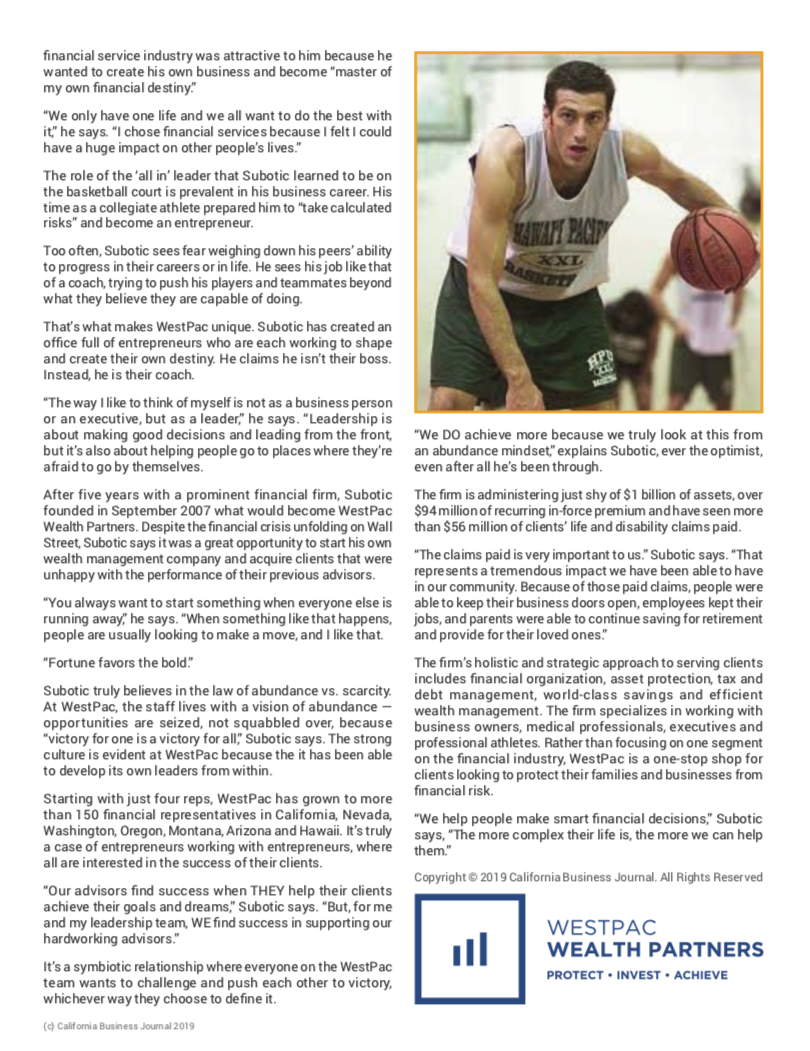